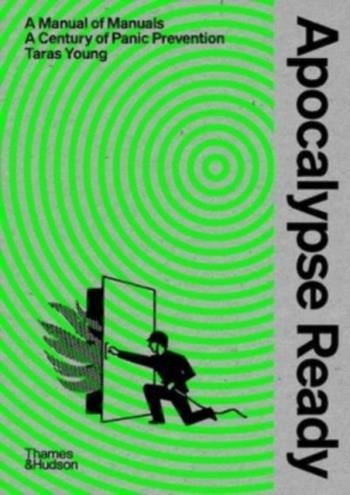 Apocalypse Ready - The Manual Of Manuals; A Century Of Panic Prevention (Bok)

An expertly curated compilation of officially published step-by-step guides on how to deal with every kind of disaster imaginable, drawn from government archives all around the world from the 1910s to today.

Organized into four broad disaster-themed scenarios - Pandemics, Natural Disasters, Nuclear War and Alien Invasion - this visual guide displays the plethora of public survival advice and scare tactics proposed from all around the globe to deal with every disaster scenario that has occurred or been imagined since the early 20th century. From leaflets showing how to build an earthquake shelter to booklets providing step-by-step advice on how to protect yourself and your family during a nuclear war, and from posters showing how to minimize your chances of catching Spanish flu to documents indicating how to identify aliens, this carefully curated selection of disaster-planning documents reveals differences in public attitudes towards impending catastrophe since the 1910s and showcases the variety of approaches taken by governments in advising their citizens. Informative commentary provides historical context for the official advice, exploring how our universal preoccupation with apocalypse has manifested around the globe, and explanatory captions clarify the messages contained in the survival documents.