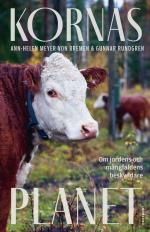 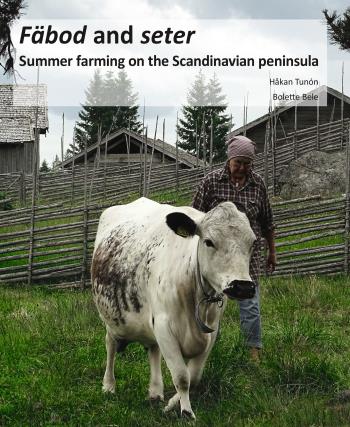 Fäbod And Seter - Summer Farms On The Scandinavian Peninsula (Bok)

Cows, goats and sheep are still grazing in the mountains and forests of the Scandinavian peninsula in the ancient tradition of pastoralism. The livestock are a lot fewer in number than they used to be in the heyday of Scandinavian summer pastoralism, the fäbod or seter farming.

Fäbod is the Swedish name for a mountain summer farm and seter is the Norwegian, even though the name säter is also used in some parts of Sweden. The underlying idea of summer farming is that the animals should graze land away from the home farm in order to make the best use of all pasture available for the production of milk, cheese and meat. This system of grazing of semi-natural grasslands is a significant part of the cultural heritage of Sweden and Norway, but it also effects the landscape of the grazed areas creating opportunities for a wide range of wild plants and animals. This cultural landscape creates an opening for a particular part of the biodiversity that is rapidly declining in modern production landscapes. The fäbod and seter landscape is filled with traces of earlier customary use of the natural resources; a cultural heritage consisting of buildings and other remains, but also a biological cultural heritage. When the animal feed on grass, herbs and brushes they leave the area open for less competitive plants, like mountain everlasting, gentians and orchids, and also a wide range of colourful mushrooms. Organisms that constitute a living proof of our historical land use in the area. Traditional ecological knowledge, place names, plant uses, and folklore related to the fäbod and seter culture are important parts of our intangible cultural heritage. The summer farming herding calls, birch trumpets, cow and goat horns are still used in practice, and as a cultural element on stage within traditional folk music. This book presents an illustrated description of the history, background, culture and cultural landscape of fäbod and seter. The purpose of the book is to create a better understanding of the role of pastoralism to local people, historically and today. It covers both Swedish and Norwegian traditions, and the fäbod and seter culture should be seen as a common cultural heritage.