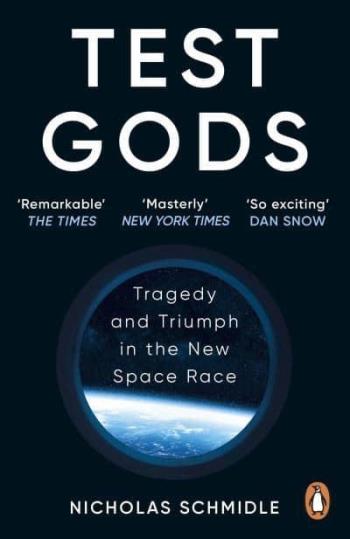 'Masterly' New York Times'Riveting' Scott Kelly'Remarkable' The TimesWhen Richard Branson founded Virgin Galactic in 2004, his goal was simple: to offer paying customers a trip to space by the end of the decade. Seventeen years, countless delays, and one catastrophic crash later, his space tourism dream may finally be on the verge of reality. Now, a New Yorker journalist offers the definitive portrait of the adventurers leading the way to the stars.

Drawing on hundreds of hours of interviews with Virgin's lead test pilot, Mark Stucky, Test Gods describes the making of a modern astronaut: from starry-eyed youth to NASA, the Air Force, and Virgin Galactic; and through dozens of gruelling test flights to his first successful trip beyond the earth's atmosphere. The result is the most vivid exploration of an astronaut's inner life since Tom Wolfe's The Right Stuff. It offers an intimate and unique insight into the new space race.

His Name Is George Floyd
Bok

Mickey Storm and the Cursed Mask (Code in box)
Switch