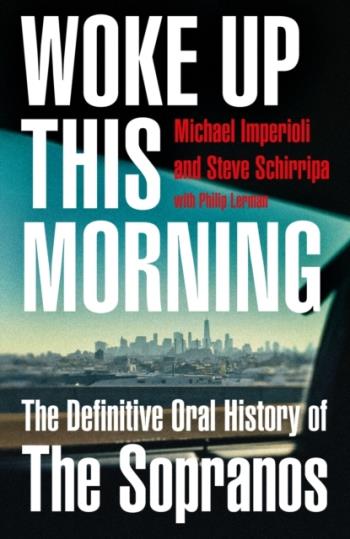 Woke Up This Morning (Bok)

Who made the phone call that got HBO to launch the show? What's the significance of all those eggs? And, what the hell ever happened to the Russian? In Woke Up This Morning, Michael Imperioli and Steve Schirripa have all the answers - and they're revealing where all the bodies are buried.

'Someday soon, you're gonna have families of your own and if you're lucky, you'll remember the little moments like this, that were good' Tony Soprano

Inspired by their globally successful podcast, Talking Sopranos, Michael Imperioli (Christopher Moltisanti) and Steve Schirripa (Bobby Baccalieri) will finally reveal all the Soprano family secrets in a surprising, funny and honest new book. Filled with exclusive interviews with the cast, crew, producers, writers, directors, and, of course, the series creator David Chase, Michael and Steve cover the entire history of The Sopranos - from those ducks to the infamous cut to black - and tell all the incredible stories that fans have been waiting to hear for over twenty years.

Weaving revelatory interviews with hilarious behind the scenes anecdotes, Woke Up This Morning is the comprehensive history of the series that became a worldwide cultural phenomenon, ushered in a new Golden Age of Television, and to this day continues to be one of the most binged shows of all time.

Stranger In The Lifeboat
Bok