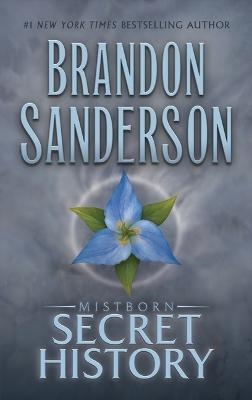 From #1 New York Times bestselling author Brandon Sanderson, Mistborn: Secret History sheds light on events hidden in the shadows of the original Mistborn trilogy. Kelsier, sentenced to die mining the Pits of Hathsin after attempting to rob the Lord Ruler's palace, arose as a powerful Mistborn and inspired the revolution that shook the foundations of the Final Empire. His name and deeds passed into legend. But was that truly the end of his tale? Whispered hints to those he called friends suggested there was a lot more going on. If you think you know the story of the Mistborn trilogy, think again-but to say anything more here risks revealing too much. Even knowing of this tale's existence could be heresy. There's always another secret.