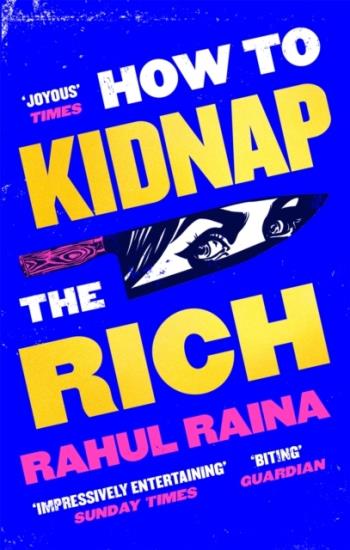 How To Kidnap The Rich (Bok)

Ramesh Kumar grew up deprived and unloved, working on his father's tea stall in the Old City of Delhi. Now, brilliant but poor, he makes a lucrative living taking tests for the sons of India's elite. When one of his clients, the sweet but hapless eighteen-year-old Rudi Saxena, places first in the All Indias, the national university entrance exams, Ramesh sees an unmissable opportunity.

Cashing in on Rudi's newfound celebrity, all goes well for both boys for a while. But Rudi's role on a game show leads to unexpected love, blackmail and, finally, a dangerous kidnapping. As Ramesh leads Rudi through a maze of crimes both large and small, their dizzying journey reveals an India in all its complexity, beauty, and squalor, moving from the bottom rungs to the circles inhabited by the ultra-rich and everywhere in between.