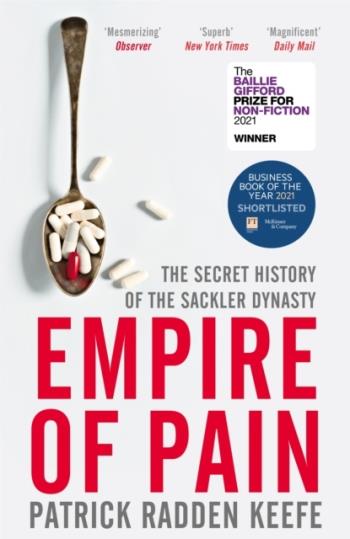 Winner of the 2021 Baillie Gifford Prize for Non-Fiction Shortlisted for the 2021 Financial Times/McKinsey Business Book of the Year Award One of Barack Obama's Favorite Books of 2021 The gripping and shocking story of three generations of the Sackler family and their roles in the stories of Valium, OxyContin and the opioid crisis.

The Sackler name adorns the walls of many storied institutions - Harvard; the Metropolitan Museum of Art; Oxford; the Louvre. They are one of the richest families in the world, known for their lavish donations in the arts and the sciences. The source of the family fortune was vague, however, until it emerged that the Sacklers were responsible for making and marketing Oxycontin, a blockbuster painkiller that was a catalyst for the opioid crisis - an international epidemic of drug addiction which has killed nearly half a million people.

In this masterpiece of narrative reporting and writing, award-winning journalist and host of the Wind of Change podcast Patrick Radden Keefe exhaustively documents the jaw-dropping and ferociously compelling reality. Empire of Pain is the story of a dynasty: a parable of twenty-first-century greed.