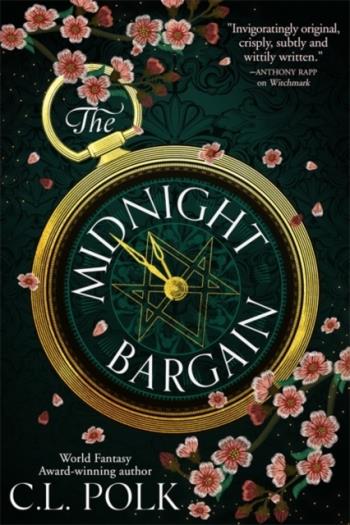 ***Nominated for the Nebula Award***Magic meets Bridgerton in the Regency fantasy everyone is talking about... Beatrice Clayborn is a sorceress who practices magic in secret, terrified of the day she will be locked into a marital collar to cut off her powers. She dreams of becoming a full-fledged mage, but her family are in severe debt, and only her marriage can save them.

Beatrice finds a grimoire with the key to becoming a mage, but a rival sorceress swindles the book right out of her hands. Beatrice summons a spirit to help, but her new ally exacts a price: Beatrice's first kiss . . . with the sorceress's brother: the handsome, compassionate, and fabulously wealthy Ianthe Lavan. From the World Fantasy Award-winning author of Witchmark comes a sweeping, romantic new fantasy set in a world reminiscent of Regency England, where women's magic is taken from them when they marry.

A sorceress must balance her desire to become the first great female magician against her duty to her family.