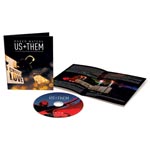 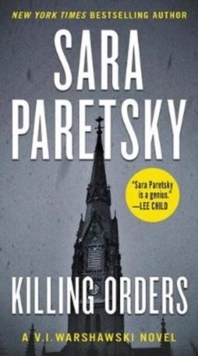 They say blood is thicker than water. Private eye V. I. Warshawski has her doubts, especially when it comes to the bad blood between her and her great-aunt Rosa. But when the old lady reaches out, V. I. answers the call. The good friars at St. Albertus Magnus Priory, Rosa's long-time employers, have cashed in on valuable securities from their safe...only to discover they were counterfeits. Suspended under a cloud of suspicion, Rosa wants V. I. to clear her name. Exonerate a senior citizen who's never missed Sunday mass? Easy enough--or so V. I. thinks before a mystery brought to her by new flame Roger Ferrant crosses paths with Rosa's case. The deeper V. I. digs, the more someone wants her to take her shovel and go home--someone who threatens to blind her with acid, and won't stop there. Because corruption's tentacles reach farther than V. I. imagined; from her family to Chicago's infamous Family...and from a monastery's hushed hallways to the highest echelons of the Church.