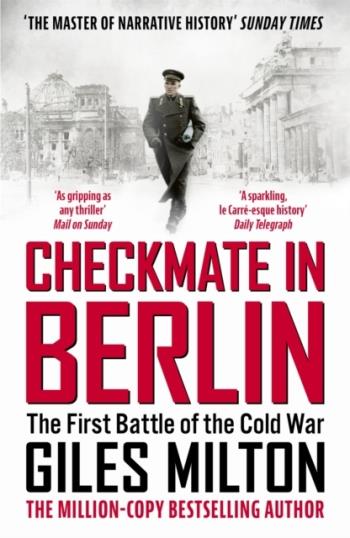 A compulsive page-turner about the battle for Berlin and control of the Western world in the aftermath of the Second World War from 'the master of narrative history'.

BERLIN'S FATE WAS SEALED AT THE 1945 YALTA CONFERENCE.

The city was to be carved up between the victorious powers - British, American, French and Soviet - with four all-powerful commandants ruling over their sectors. On paper, it seemed a pragmatic solution; in reality, it marked the start of a ferocious battle of wits. As relations between east and west broke down, these rival commandants fought a desperate battle for control. In doing so, they fired the starting gun for the Cold War.

From America's explosive Frank 'Howlin' Mad' Howley, a sharp-tongued colonel with a loathing for Russians, to his nemesis, Russia's charmingly deceptive General Alexander Kotikov, CHECKMATE IN BERLIN tells the exhilarating, high-stakes story of kidnap, skullduggery, sabotage, murder and the greatest aerial operation in history. This is the epic story of the first battle of the Cold War and how it shaped the modern world.

Nothing But The Truth
Bok