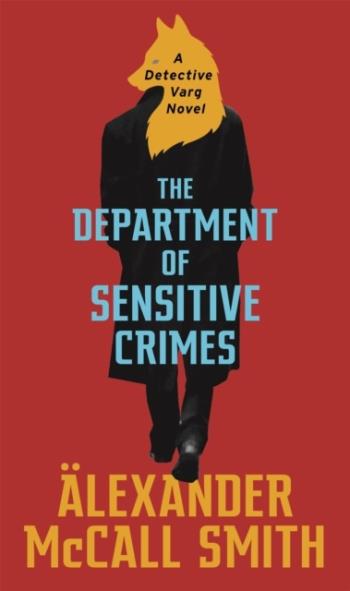 The Department Of Sensitive Crimes (Bok)

Ulf Varg works in Malmo's Department of Sensitive Crimes. Like all Scandinavian detectives he has his issues. In his case these include his unresolved feelings for his colleague, Anna; his impatience over the seeming incompetence of his irritating colleague Blomquist; and his concerns for the health of his hearing-impaired dog, Marten, the only dog in Sweden (and possibly all Scandinavia) who is able to lip-read (in Swedish).

Along with his colleagues, Ulf is called upon to investigate a bizarre attack on a market trader, the disappearance of a handsome man who may or may not exist, and the affairs of a variety of young female students whose relationships with one another leave a great deal to be desired.

Ulf and his team come to realise that the world is a puzzling place, lycanthropy (were-wolfism) exists and fish might have something to teach us. There is so much to learn if you are a Swedish detective, and in the first book in this new quasi-Scandinavian series, Ulf Varg embarks on these lessons with spirit and good humour.

The careful use of compliments
Bok

The Quiet Side Of Passion
Bok

The Unbearable Lightness Of Scones
Bok

The Geometry Of Holding Hands
Bok

A Distant View Of Everything
Bok