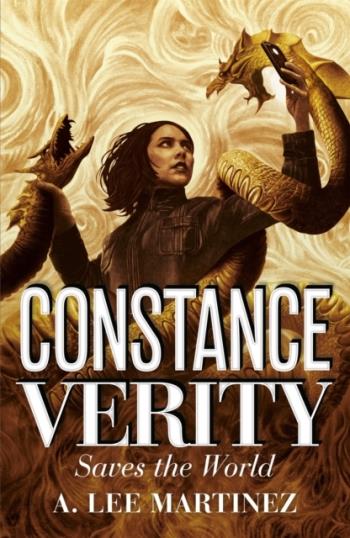 She's managed to build a quiet life between feats of improbable heroism, until the line between adventure and ordinary begins to blur and Connie discovers that preventing her two very different worlds from colliding might be beyond even her. It's hard enough to maintain a relationship without having to find time to save the world, but when her (sort of) ex-boyfriend, the son of one of her top ten arch-enemies, comes to her for help, the timing couldn't be worse.

But when malicious superbrains and sinister ocean gods join an entirely unreasonable number of assassins, Connie might finally be in over her head - and the curse of steadily worsening bad luck isn't helping much. With her history of saving the world, over and over, it should be just another day in Connie's life - shouldn't it?