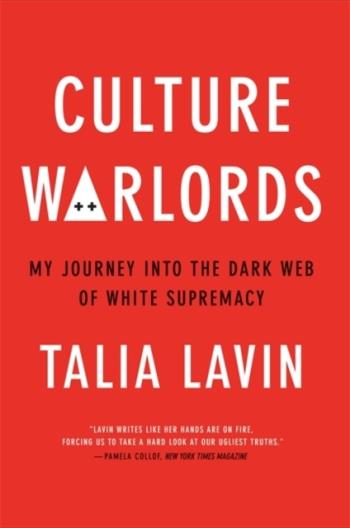 ***"One of the marvels of this furious book is how insolent and funny Lavin is; she refuses to soft-pedal the monstrous views she encounters." - The New York Times"Shocking, angry, funny and wise... Talia Lavin takes no prisoners." - Danny Wallace, bestselling author of Yes Man"Lavin writes like her hands are on fire, forcing us to take a hard look at our ugliest truths." - Pamela Collof, The New York Times Magazine & Pro Publica White supremacists, Incels, White nationalists, National Socialists, Proud Boys, Christian extremists...

In order to showcase their behaviour in their natural habitat, Talia Lavin goes undercover online as a blonde Nazi babe, a forlorn incel and a violent Aryan femme fatale. Lavin is every fascist's worst nightmare. She is loud, Jewish and unapologetically anti-racist, with the investigative skills to expose online hatemongers. While searching the dark web, she discovers a whites-only dating site, a popular extremist YouTube channel run by a teenager, the everyday heroes of the anti-fascist movement and much more.

Lavin then turns the lens of anti-Semitism, racism, and white supremacy back on itself in an attempt to dismantle the online hate movement from the inside. Shocking, humorous, and merciless in equal measure, Culture Warlords explores some of the vilest subcultures on the Web - and shows us how we can fight back. Perfect for fans of Louis Theroux, Jon Ronson and Michael Moore, Lavin's debut book is a seamless balance of hard-hitting research, humour and shocking stories.

It is a fascinating expose of the dark web and how it harbours the rage and views of far-right extremists today.

Monsters Of River And Rock
Bok

Jigsaw Fun: Piece It Together! - Switch (Code in
Switch