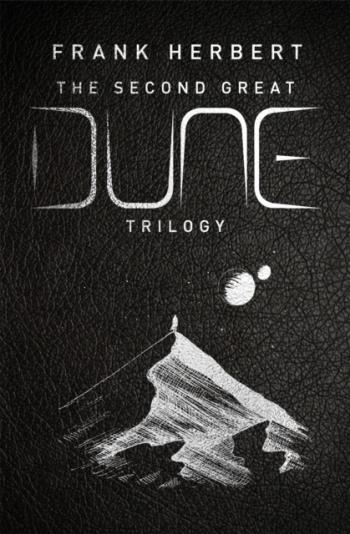 The Second Great Dune Trilogy contains God Emperor of Dune, Heretics of Dune and Chapter House Dune, and concludes the Dune Chronicles, one of the most influential SF series ever written.

Herbert's evocative, epic tales are set on the desert planet Arrakis, the focus for a complex political and military struggle with galaxy-wide repercussions.

More than three thousand years have passed since the first events recorded in Dune. Only one link survives with those tumultuous times: the grotesque figure of Leto Atreides, son of the prophet Paul Muad'Dib, and now the virtually immortal God Emperor of Dune. He alone understands the future, and he knows with a terrible certainty that the evolution of his race is at an end unless he can breed new qualities into his species. But to achieve his final victory, Leto Atreides must also bring about his own downfall...