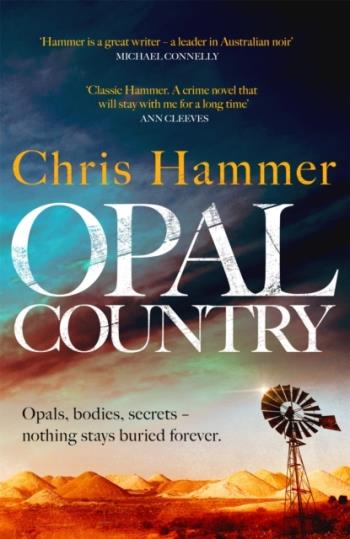 **THE TIMES CRIME BOOK OF THE MONTH**In the outback, nothing stays buried forever... 'Classic Hammer. A crime novel that will stay with me for a long time.' Ann Cleeves'This novel is Hammer's best work yet.' The Times'A complex, twisty thriller, with nuanced characters and a winding plot all set in the oppressive Australian heat.' Lisa Hall'This slice of Australian noir sparkles like an opal in the blistering sun.' Lisa Gray'Opal Country is a top-notch Aussie Noir with real heat coming off the pages.' Christopher FowlerOpals...

Then an opal miner is found crucified and left to rot down his mine. Nothing about the miner's death is straight-forward, not even who found the body. Homicide detective Ivan Lucic is sent to investigate, assisted by inexperienced young investigator Nell Buchanan.

But Finnigans Gap has already ended one police career and damaged others, and soon both officers face damning allegations and internal investigations. Have Ivan and Nell been set up, and if so, by whom?Secrets... As time runs out, their only chance at redemption is to find the killer.

But the more they uncover, the more harrowing the mystery becomes, and a past long forgotten is thrown into scorching sunlight. Because in Finnigans Gap, nothing stays buried for ever. Praise for Chris Hammer:'Hammer is a great writer - a leader in Australian noir' Michael Connelly'Shimmers .

. . A tortured tale of blood and loss' Val McDermid'Stunning - a page-turner which stays long in the memory' Sunday Times