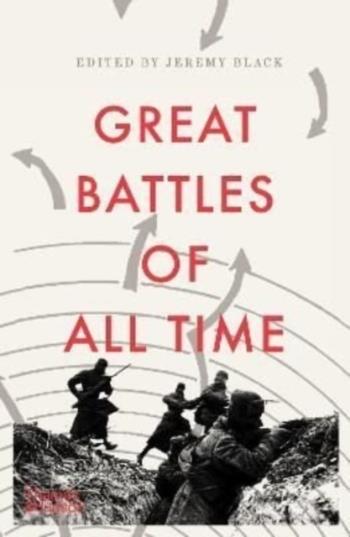 Great Battles Of All Time

A distinguished team of 26 military historians reveal the decisive conflicts that have shaped world history from the 5th century BC to the 21st century. The course of history rarely changes so swiftly and decisively as on the battlefield. In this masterly overview, an international team of historians reconstructs and analyzes seventy key clashes from 490 BC to the 21st century and appraises their impact on the world order.

Their studies encompass not only the great land battles, but sieges such as Constantinople and Tenochtitlan; naval battles at Trafalgar and Tsushima; and aerial struggles including the Battle of Britain. Truly global in scope, the collection marches from the Teutoburg Forest in AD 9, where the German tribes annihilated a Roman army, to Hakata Bay in 1281, where the Japanese defeated the Mongols, to the heart of the American Civil War at Gettysburg in 1863 and beyond. Together they show how technology and tactics advance in tandem, as battlefield commanders respond to advances in mobility, communications and firepower, how certain principles endure, and how victory in battle may not win the war.

Illustrated with over 80 specially commissioned battle plans, this is an essential introduction to the great battles in history.

His Name Is George Floyd
Bok

Mickey Storm and the Cursed Mask (Code in box)
Switch