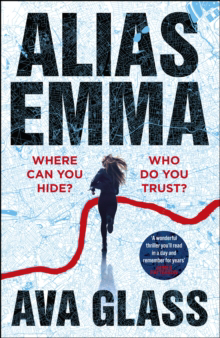 Emma Makepeace is about to spend the longest night in her life.

She's on her first operation with shadowy organisation The Agency and is assigned to track down a man wanted by the Russians and bring him in to the safety of MI6. When she identifies her target, Mike, in the northern reaches of Camden town in the late hours of the night, she realises that in order to get him to safety, she needs to reach MI6 by dawn.

The only problem? It's on the other side of London and the Russians have eyes everywhere. If spotted, Emma and Mike will be killed.

What follows is an exhilarating chase across London's criss-cross streets, the Regent's Canal, a hidden underground river and finally, as dawn breaks, a painstakingly tense crossing of the Thames.

But what sort of reception awaits Emma and Mike? Who can be trusted? And why do the Russians seem to be ahead of them every step of the way?

KILLING EVE meets JAMES BOND in the first novel of the ALIAS EMMA series: a thrilling, cinematic page-turner starring the most likeable and resourceful of heroines.