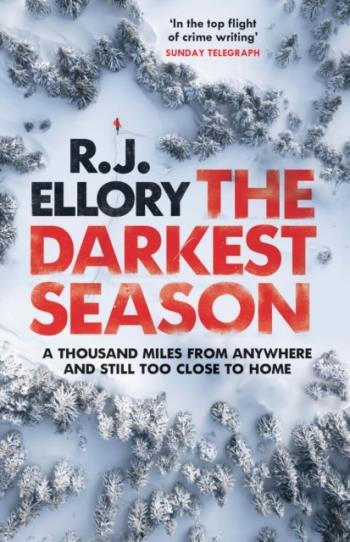 'In the top flight of crime writing' SUNDAY TELEGRAPH
THE CHILLING NEW SUSPENSE THRILLER FROM THE AWARD-WINNING, BESTSELLING AUTHOR OF A QUIET BELIEF IN ANGELS

In the dead of winter, even brothers become strangers...

Running from a troubled childhood, Jack Devereaux left home as soon as he could and never looked back - until the day a stranger calls, begging him to return to his hometown of Jasperville, Quebec.

Jack's brother Calvis - the little boy he left behind more than twenty years ago - has viciously attacked a man and left him for dead. Nobody knows why he did it, though Jack suspects it has something to do with the Jasperville girls who were lost all those years ago.

But as he begins the long journey home through the frozen, unforgiving landscape, Jack isn't wondering why his little brother lost his mind. He's wondering why it took so long . . .

'The master of the genre' CLIVE CUSSLER
'A uniquely gifted, passionate, and powerful writer' ALAN FURST

Only the strong survive 2022
CD