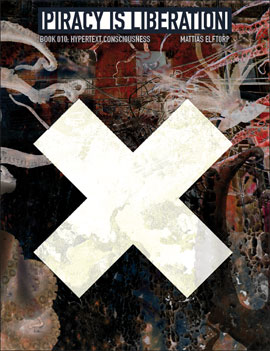 Another installment in Mattias Elftorp's postapocalyptic cyberpunk epic. Piracy is liberation is set in the far future in a gigantic city where the inhabitants have no idea that things could be different. It is political theory, filtered through autobiography, masked as fiction in the form of cyberpunk postapocalypse... This book: Having upgraded her consciousness to the next level, Purple decides to do something about the religiously capitalist leadership of the City and stages a one-woman revolution... This book can, but does not have to, be read as a hypertext, i.e. a set of linked texts. You also want to read it because it contains sex, violence and drug use.

After The Ends Of The World 2
Bok

A Subtle Fuck You
Bok