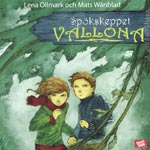 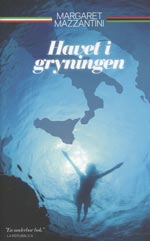 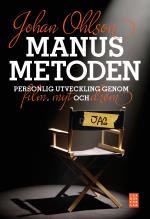 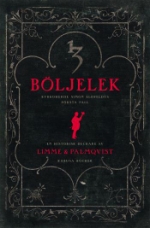 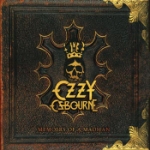 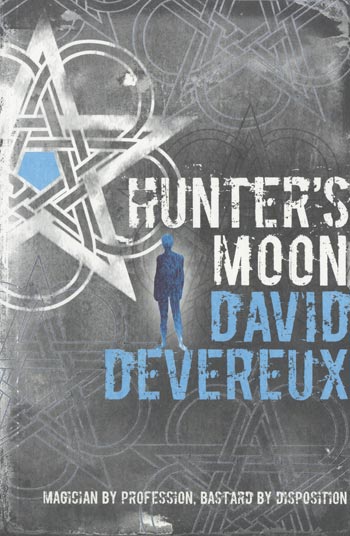 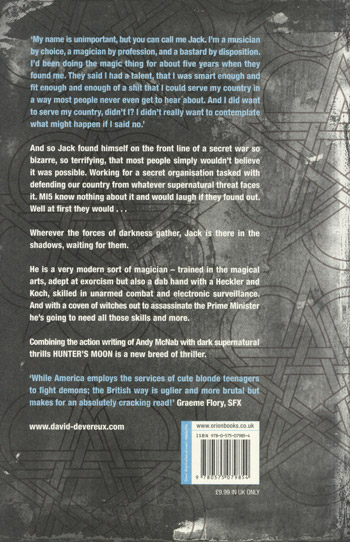 "My name is unimportant, but you can call me Jack. I'm a musician by choice, a magician by profession, and a bastard by disposition.

I'd been doing the magic thing for about five years when they found me. They said I had a talent, that I was smart enough and fit enough and enough of a shit that I could serve my country in a way most people never even get to hear about. And I did want to serve my country, didn't I?
I didn't really want to contemplate what might happen if I said no."

And so Jack found himself on the front line of a secret war that most people simply wouldn't believe was possible. Working for a secret organization tasked with defending our country from whatever supernatural threat faces it. MI5 know nothing about and would laugh if they found out. Well at first they would...

The Devil in Amber
Bok

Shout down the moon
Bok