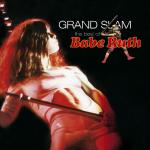 But not even the legendary detective can save the good name of the man accused of stealing the car. More than a hundred years later, it is Jonathon Payton's grandson who turns to Sam and Remi Fargo to help prove his grandfather's innocence.

But soon the treasure-hunting couple find there is more at stake than any of them could have known.

The famous car has vanished again, and inside it is an object that could change their lives forever. Men with everything to gain and a great deal to lose have a desperate plan to find it, and they'll take down anyone that gets in their way.

The Eye Of Heaven
Bok