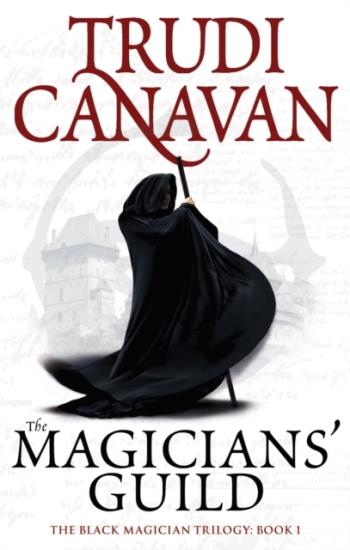 The phenomenally popular first novel from international No. 1 bestselling author Trudi Canavan*Over 3 million Trudi Canavan copies sold worldwide* Each year the magicians of Imardin gather together to purge the city streets of vagrants, urchins and miscreants. Masters of the disciplines of magic, they know that no one can oppose them. But their protective shield is not as impenetrable as they believe. Sonea, angry, frustrated and outraged by the treatment of her family and friends, hurls a stone at the shield, putting all her rage behind it.

To the amazement of all who bear witness, the stone passes unhindered through the barrier and renders a magician unconscious. The guild's worst fear has been realised . . .

There is an untrained magician loose on the streets. She must be found before her uncontrolled powers unleash forces that will destroy both her, and the city that is her home. Praise for Trudi Canavan:'Epic, vivid and believable' Guardian'It's easy to see why Trudi Canavan's novels so often make the bestseller lists. Her easy, flowing style makes for effortless reading . . . Delightful worldbuilding . . . Vivid and enjoyable' SFX'The world-building is tremendous. The magical system is sophisticated and fascinating' Striking Keys'A suspenseful masterpiece . . . will have fans desperate for the sequel' RT Book Reviews'Superb . . . an enthralling tapestry of a book that's hard to put down' Fantasy FactionThe Black Magician Trilogy:The Magicians' GuildThe NoviceThe High Lord*Have you tried Trudi Canavan's stunning new series, Millennium's Rule? It starts with the Sunday Times bestselling THIEF'S MAGIC*

Catcher In The Rye
Bok