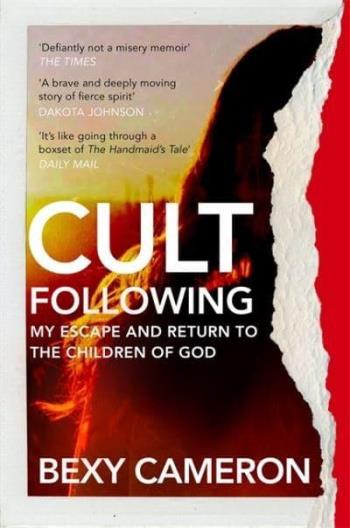 'A harrowing-but-moving story' - Stylist'Raw, brave and vulnerable. Told with such clarity and purpose' - Maxine Mei-Fung Chung'A brave and deeply moving story of fierce spirit' - Dakota JohnsonBexy Cameron was in her late twenties when the dark events of her past finally caught up with her. Bexy was born into the Children of God, one of the world's most notorious cults.

She was 9 years old when she experienced her first exorcism, held in a secret commune deep in the British countryside. At 10, she was placed on Silence Restriction, forced to be silent for a whole year. Even from an early age, she knew what was happening was not right.

At the age of 15, she escaped, leaving behind her parents and 11 siblings. Haunted by her past, Bexy set off on a road trip across America, embedding herself in the underbelly of religious cults, living with children who, like her, are born into the worlds their parents and cult leaders have created for them. It is a journey of meth cooks, monks, Jesus Freaks, soap-making Armageddonists, surveillance vans and finally, confronting her parents and herself.