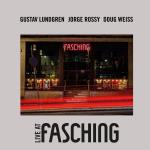 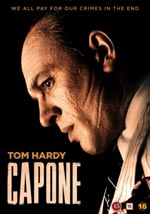 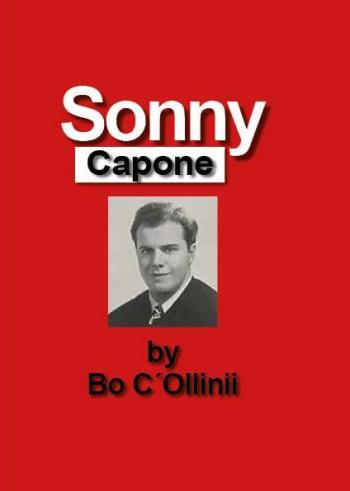 I am Sonny.  A shadow of a dynasty.  I was one of the most awkward beings on this earth. Not like my father. A man in the spirit of Niccolò Machiavelli prepared to do everything to form his empire. Al Capone. His heritage was a nasty defamation of my family. Reminds of a quote by Shakespeare "The evil that men do lives after them". It did not crush me, love to my father transcended the evil standing, who can avoid the view of time. My father is regarded by the man in the world as the cleverest, cruel crimi­nal ever without any evidence, a myth created by the entertainment industry in Hollywood, Cal, press, literature, TV, others to generate money. For me he is the most lovable father, consi­derate person.  I am his only stunted, partly deaf son Albert Francis Brown, born Albert Francis Capone, called Sonny, spent my whole life in the wind of that shameful opinion. My mother was the beau­tiful, gentle Mae Capone born Coughlin, a Madonna. My moral support. A frequent church visitor. Why would it be me to meet this destiny? If the hereditary sin has a face in this world it would be mine. Here come some episodes from my life, family, from my country, the time I lived. It is not a drama of an ancient nature but has some similarities.

I opened my innocent eyes the 4th of December 1918 in New York, a few weeks after the Cease Fire of The First World War at 11:00 the 11 of November, came into effect, the eleventh hour of the eleventh day of the eleventh month". My father was 18 years old when USA decided to participate in the war April 1917, he was not enrol­led. Even if he asserts that he had learned to shoot with a machine gun in the trench in the war in Europe.  He never visited Europe. The Great War was a cruel sad story. 120 000 Ameri­can soldiers were killed among them 40 000 in fever, one of my father`s six brothers partici­pated, decorated. In the trench American soldiers on the Allies with Italian background fought against Italian soldiers on the Central Power, some of them with roots from the same villages, some­times from the same families. USA participated in the Great War 18 months, about 2 million people were killed in, "the war to end all wars".  No one in our family talked about the Great War.

My mother told me as a child that the Italians had a historic mission in the world even if she had her roots from Ireland. Our genes had a heritage from the Romans. On an old map she showed me the Empire of the Romans the foremost of the history of the world with border in west; the Atlantic Ocean, north; river Rhine and Danube, east; Euphrates; south the deserts in Asia and Africa. She told me about Christopher Columbus, Admiral of the Ocean  Sea , from Genoa, Italy, the first man to reach the coast of America in Bahamas  12th  of October 1492 with his 58 ft  long carrack Santa Maria.

The family of my father came from the village of Castellammare di Stabia about 15 miles (24 km) from Naples in the south of Italy. Together with 80 000 other Italians they decided to move to USA in the end of the 19th century. They went with the vessel Werra. My family passed the gates of Ellis Island, L´Isola delle Lacrime, The Island of Tears , together with other Italian families most of them with a hope to go back Birds of Passage with savings big enough to buy a farm, start a shop or just to live on the money earned in USA.  My father´s family ren­ted a small apartment in 1893 at 95 Navy Street in Brooklyn, the poor dock district.  The family grows. My grandfather Gabriel worked on a barber shop at 29 Park Avenue, did not earn much money but enough to feed his family.  He followed what happened in the blocks through the costumers. His wife Theresa was occupied with the family activities, her interest was focus on what happened between the walls in the apartment, the children. My grandfather was sa­tis­fied with the situation in USA, his expecta­tions when he went to USA seemed to come true. Everything followed the way he wished, the children were at school, played with the other children in the block. My father, Al, their first child in the family born in USA, 1899. When my father was eleven the family moved to a better situated part of the city at 28 Garfield Place in Park Slope, the ambition the home of my grandfather should be a solid platform to intro­duce his kids in positions in the American society, get a job in any of the businesses in the neighborhood, avoid getting involved in the crime he heard about in the barber shop. After the Great War the eldest son never came back to New York, took the name Richard James Hart, lost the contact with the family, my grandfather missed him, worried about his other sons, my father Alphonse got two scars on his chin after a fight as a teenager, a bad symbol, a signal that he was close to criminal connections.

My father and my mother married on New Year s Eve in 1918 after permission from their parents because they were too young to marry according to the law. I was almost one month old when the marriage took place in front of the beautiful altar at Mary's Star of the Sea Church, New York. I was baptized in the same church. After the wedding my parents moved to Amity­ville on Long Island. A beautiful small town where my mother took me to the harbor to look at the ships. Amityville was the center for smuggling of boost Rum Row , grow rapidly after the decision of Prohibition in 1920, my father had a small cargo ship called Alpaco   to get the products offered by the  cargo vessels from other countries along the coast, I have a vague memory of  visiting his cargo Alpaco a few times, playing with the sailors, trying to shift the helm. My mother and I used to walk along the beach where my father according to the le­gend one night gave his soul to the devil in benefit being an affluent person.