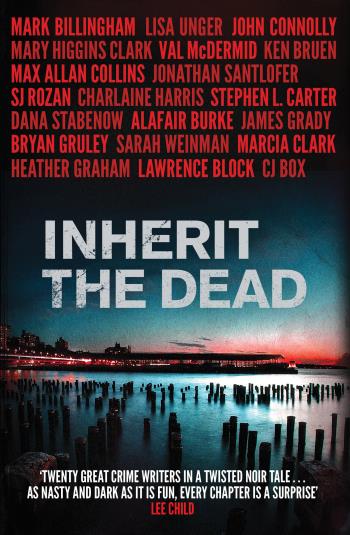 Perry Christo is a PI with a past. A one-time NYPD homicide cop, his career was ruined when a cops-on-the-take scandal ripped through the department. Though innocent, Perry had no way to prove it, and when he lost his job it was the last nail in the coffin of a strained marriage - his wife left him and took their young daughter with her. In order to drown his anger and grief, Perry throws himself into mindless work as a private investigator for petty crimes. But one day, a call from an Upper East Side matron, Julia Drusilla, throws his world upside down. Julia needs Perry to track down her stunningly beautiful yet hopelessly aimless daughter, Angelina, who has disappeared. Her 21st birthday is around the corner and she is set to inherit her grandfather's considerable wealth. But as Perry digs deeper into the case, into one suspect after another, he discovers that Angelina may have more to her story than anyone may have realized, and that the person who has threatened her life is now coming after him. SAFE HORIZON Santlofer has arranged to donate any royalties in excess of editor and contributor compensation to Safe Horizon, the leading victim assistance agency in the country. Safe Horizon envisions a society free of family and community violence and leads the way by empowering victims of domestic violence, child abuse, sexual assault, and human trafficking to move from crisis to confidence. www.safehorizon.org