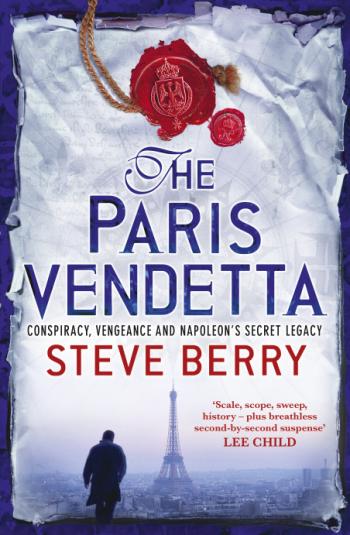 12.40 a.m. Copenhagen. Cotton Malone wakes up to find a stranger in his house, bearing bad news: Malone's closest and most dangerous friend, Henrik Thorvaldsen, is in serious trouble -- and the men who want to kill Thorvaldsen are on Malone's doorstep. Thorvaldsen has been tracking a shadowy group called the Paris Club. Not only does he believe that they are about to trigger a global financial meltdown, but also that one of the club's members murdered his son, Cai, two years ago. Thorvaldsen won't rest until he has avenged his boy's death. Dragged into his friend's schemes and secretly under pressure from the US government to stop both Thorvaldsen and the Paris Club, Malone soon discovers that the key to defeating the conspiracy and saving his friend's life -- and his own -- lies in the past, and an astounding treasure that Napoleon took to his grave.