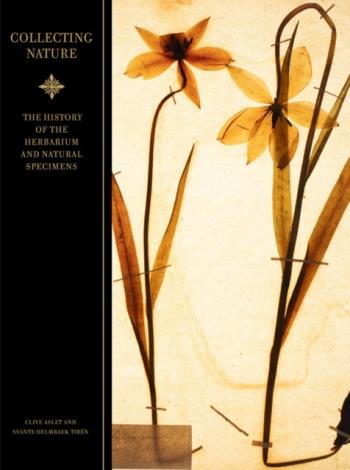 Collecting Nature - A History Of The Herbarium And Natural Specimens (Bok)

The history of collecting natural history specimens touches upon many aspects of our past. The fascination with nature was at least as important for its view of humanity as for science. One telling example is the Timm Natural Collection at Engelsberg Ironworks, created by the ironworks proprietor Gabriel Casper Timm and his son Paul August in the nineteenth century.

Throughout their lives, they devoted much of their leisure time to collec-ting plants, insects, minerals and other treasures of nature. Some came from near their home in Västmanland, Sweden, while others were collected from across Scandinavia. Father and son were in close contact with collectors and scientists, and at the same time built up a library consisting of volumes on natural science along with books on spirituality and faith. Ultimately, collec-ting natural history specimens reflected a kind of wonder about creation.

Collecting Nature places the Timm Natural Collection in a larger context so that the reader encounters other collectors, thinkers, and scientists of the eighteenth and nineteenth centuries. In the book, a picture is created of how the world of ideas in collecting has developed and continues to influence us even today.

Society In Crisis - Our Capacity For Adaptation And Reorientation
Bok