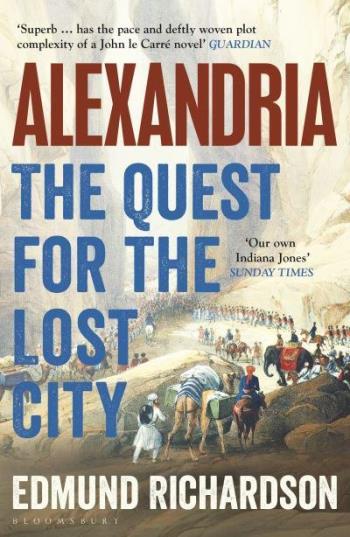 Alexandria - The Quest For The Lost City (Bok)

'A jewel of a book' SUNDAY TIMES'The pace and deftly woven plot complexity of a John le Carre novel . . .

A remarkable story, full of grandeur and violence . . .

[and] a powerful commentary on the horrors inflicted by the East India Company' NEW YORK TIMESFor centuries the city of Alexandria Beneath the Mountains was a meeting point of East and West. Then it vanished. In 1833 it was discovered in Afghanistan by the unlikeliest person imaginable: Charles Masson, an ordinary, working-class boy from London turned deserter, pilgrim, doctor, archaeologist and highly respected scholar.

On the way into one of history's most extraordinary stories, Masson would take tea with kings, travel with holy men and become the master of a hundred disguises; he would see things no westerner had glimpsed before and few have glimpsed since. This is a wild journey through nineteenth-century India and Afghanistan, with impeccably researched storytelling that shows us a world of espionage and dreamers, ne'er-do-wells and opportunists, extreme violence both personal and military, and boundless hope. At the edge of empire, amid the deserts and the mountains, it is the story of an obsession passed down through the centuries.

They Both Die At The End
Bok